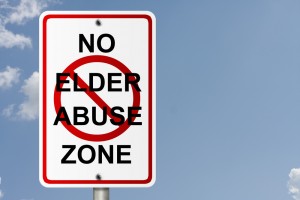 The Massachusetts Office of the Secretary of Securities Division filed complaints against brokerage firm Securities America, Inc. (Securities America) and one of its financial advisors Barry Armstrong (Armstrong) concerning allegations that in 2014, Securities America authorized Armstrong to run a deceptive AM radio advertising campaign. According to the complaint, the advertising campaign was designed to target vulnerable Massachusetts senior citizens by trumpeting the looming dangers of Alzheimer’s disease and implying that the brokerage firm has special access to medical information and support.

Massachusetts found that the advertising campaign was a classic “bait and switch” in which callers inquired about Alzheimer’s support and information and instead were solicited solely for brokerage and financial planning services. Massachusetts found that advertising used alarmist language designed to pull in senior citizens with concerns about Alzheimer’s disease while failing to disclose the nature of the services Armstrong actually offers. Indeed, when callers contact the number provided the only information concerning Alzheimer’s that is provided is a Fact Sheet published by the National Institute of the Aging and some other publicly available free information about Alzheimer’s.

Massachusetts found Securities America’s approval of the advertising used “astounding” stating that as a national-scale broker-dealer the firm failed to make “substantive comment or follow up of any kind” when reviewing Armstrong’s advertising materials. In sum, Massachusetts alleged that “Securities America failed to prevent or even flag glaringly unethical conduct.”

Armstrong has been registered with Securities America since January 2007 and entered the securities industry in 1984. According to the BrokerCheck records kept by Financial Industry Regulatory Authority (FINRA) Armstrong has been the subject of at least three customer complaints, one employment separation, and one criminal matter.

All advisers have a fundamental responsibility to deal fairly with investors including making suitable investment recommendations. The number of complaints and regulatory actions against Armstrong is relatively large by industry standards. According to InvestmentNews, only about 12% of financial advisors have any type of disclosure event on their records. Brokers must disclose different types of events, not necessarily all of which are customer complaints. These disclosures can include IRS tax liens, judgments, and even criminal matters.