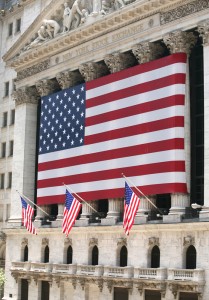 The Securities and Exchange Commission (SEC) recently announced charges against Macquarie Capital (USA) Inc., (Macquarie) a wholly owned subsidiary of Macquarie Group Limited. The SEC alleged that the firm was responsible for underwriting a public in Puda Coal (Symbol: PUDA). However, during the firm’s due diligence, the SEC alleged that Macquarie obtained a report indicating that the China-based company’s offering materials contained false information.

Macquarie agreed to settle the SEC’s charges by paying $15 million and covering the costs of a fair fund to compensate investors who suffered losses after purchasing shares in the public offering. In its press release, the SEC recognized that underwriters are gatekeepers who are supposed to be relied upon by investors to ferret out the essential facts and address inaccuracies before marketing a stock to the public.

The SEC found that Macquarie was the lead underwriter on a secondary public stock offering in 2010 by Puda Coal. At that time Puda Coal purported to own a coal company in China and falsely told investors that it held a 90 percent ownership stake in the Chinese coal company. Macquarie then was accused of repeating those statements in its marketing materials for the offering despite obtaining a report showing that Puda Coal did not own any part of the coal company. The SEC found that Macquarie had access to filings in China during its due diligence review that showed that Puda Coal’s chairman had transferred ownership of the coal company to himself and then sold nearly half of his interest.

According to the SEC Macquarie employees failed to act on the information revealing that Puda Coal no longer owned the coal company. Instead, the SEC found that a report to members of the Puda Coal deal team stated that no red flags were identified. The SEC alleged that Macquarie made a net profit of $4.17 million as lead underwriter. When reports about Puda Coal’s false claim appeared on the internet Puda Coal’s stock price fell to pennies per share.

Investors who have suffered losses may be able recover their losses through securities arbitration. The attorneys at Gana Weinstein LLP are experienced in representing investors in cases of false representations and when brokerage firms fail to supervise their representatives. Our consultations are free of charge and the firm is only compensated if you recover.