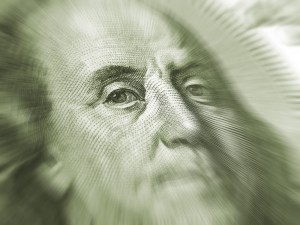 According to BrokerCheck records kept by The Financial Industry Regulatory Authority (FINRA) broker Joseph Cotter (Cotter) has been subject to two customer complaints, two employment terminations for cause, and one regulatory action.  Cotter was formerly registered with Next Financial Group, Inc. (Next Financial).  In March 2016 Next Financial terminated Cotter claiming that the firm conducted an internal review of the trading activity in a customer’s accounts and found the level of trading activity to be excessive (excessive trading) in light of the customer’s profile and the character of the account.

Thereafter, FINRA investigated Cotter and found that Cotter engaged in excessive, unsuitable trading in the accounts of one customer. FINRA found that Cotter exercised de facto control over an IRA account and a second account of a customer.  FINRA determined that Cotter used this control to excessively trade the accounts in a manner that was inconsistent with the customer’s investment objectives, financial situation, and needs.  The trading generated commissions of $100,549 while the client lost $391,893.

The number of complaints against Cotter are unusual compared to his peers.  According to newsources, only about 7.3% of financial advisors have any type of disclosure event on their records among brokers employed from 2005 to 2015.  Brokers must publicly disclose reportable events on their CRD customer complaints, IRS tax liens, judgments, investigations, and even criminal matters.  However, studies have found that there are fraud hotspots such as certain parts of California, New York or Florida, where the rates of disclosure can reach 18% or higher.  Moreover, according to the New York Times, BrokerCheck may be becoming increasing inaccurate and understate broker misconduct as studies have shown that 96.9% of broker requests to clean their records of complaints are granted.

At Gana Weinstein LLP, our attorneys are experienced representing investors who have suffered securities losses due excessive trading and other securities laws violations.  Our consultations are free of charge and the firm is only compensated if you recover.