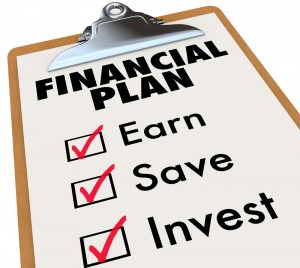 In September 2015, a customer alleged that Eglow transferred customer’s variable annuities from another firm into Suntrust Investment Services, Inc. without the customer’s knowledge or permission.  The client requested $14,133 for damages.

Non-Traditional ETFs are not appropriate investment vehicles for an investor with long-term goals. Non-Traditional ETFs are generally designed to be used only for short term trading because the use of leveraging funds effects returns dramatically over longer periods of time.  The risks of holding Non-Traditional ETFs over the long term can be seen by examining the Dow Jones U.S. Oil & Gas Index from December 1, 2008 and April 30, 2009, which gained two percent while the ProShares Ultra Oil and Gas, a fund seeking to deliver twice the index’s daily return fell six percent. The inverse ETF Fund, the ProShares UltraShort Oil and Gas, seeks to deliver twice the inverse of the index’s daily return fell by 26 percent over the same period.  These funds typically have very limited uses and in many cases are completely inappropriate for retail investors. Increasingly, brokerage firms are prohibiting the solicitation of these investments to its customers due to suitability concerns.

Our firm also protects investors from being unsuitably recommended to investments in variable annuities. A variable annuity is complex financial and insurance product that an investor should be fully aware of the risks, rewards, and features of before investing. The benefits of variable annuities are often outweighed by the terms of the contract including surrender charges, mortality and expense charges, management fees; market-related risk, and rider costs. Variable annuities are high sales commission products for financial advisors and sometimes advisors push these products on persons who do not need them or cannot benefit from them.

Gana Weinstein LLP’s investment fraud attorneys represent investors who have suffered securities losses due to the mishandling of their accounts due to claims of unsuitability and misrepresentation. The majority of these claims may be brought in securities arbitration before FINRA. Our consultations are free of charge and the firm is only compensated if you recover.