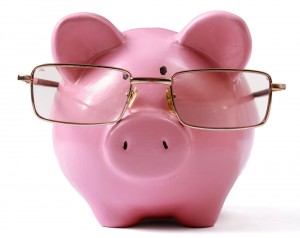 Back in Decmeber 2013, the law offices of Gana Weinstein LLP reported that “Former Ryan Beck and Oppenheimer Financial Advisor William Bucci Barred From the Financial Industry” where we reported that The Financial Industry Regulatory Authority (FINRA) barred Bucci for allegedly accepting 19 personal loans totaling $635,000 from nine customers in violation of FINRA rules. FINRA also alleged that Bucci willfully failed to amend his Form U4 to disclose material facts relating to two judgments that were entered against him. In addition to these claims, several customers filed complaints alleging that Bucci sold illegal promissory notes.

Recently, a combined investigation by the IRS and the FBI led to the filing of a federal complaint in the Eastern District Court of Pennsylvania against Bucci in connection with the foregoing activities. The complaint alleged that Bucci willfully made Individual Income Tax Return, Form 1040, for the calendar years 2007, 2008, 2009, and 2010 that falsely understated his income.

In addition, a second superseding indictment was filed against Bucci on July 22, 2014, by the United States Attorney’s Office for the Eastern District of Pennsylvania alleging that Bucci was running an investment fraud scheme that deceived investors into turning over more than $3.2 million. According to a press release issued by the office, Bucci told his victims he was starting a wine and high end olive oil import business to import the goods from Italy. The release stated that Bucci was a licensed stockbroker and a non-lawyer elector on the Pennsylvania Court of Judicial Discipline who never had an olive oil and wine business. The release also alleged that Bucci also solicited individuals to loan money for the purchase of real estate. According to the indictment, Bucci used the funds to supplement his income and to support his lifestyle as well as to make payments to earlier victims.

The indictment charges Bucci with securities fraud, four counts of mail fraud, one count of mortgage fraud, and an additional count of making and subscribing false federal income tax returns. If convicted, the release stated that Bucci faces a maximum possible sentence of 145 years in prison, restitution, a fine of up to $8.25 million, and up to five years of supervised release.

In the FINRA action, the regulator had alleged that the personal loans took place between May 2004 and December 2010. FINRA found that all of the personal loans paid annual interest of at least 10 percent and had terms of up to five years. FINRA also alleged that in one particular instance, Bucci borrowed $425,000 in ten loan transactions from an elderly retired couple who raised a portion of the $425,000 by withdrawing money from their brokerage accounts and securing a second mortgage on their home. FINRA found that Bucci’s conduct violated NASD Rules 2370 and 2110 and FINRA Rules 3240 and 2010.

On April 20, 2012, Financial Network terminated Bucci and filed a Form U5 stating that Bucci may have been offering or selling promissory notes without registration. Financial Network also stated that the investments may have been linked to a business involved in the sale or importation of wine or olive oil. Several of Bucci’s clients have filed complaints alleging that they were sold promissory notes and other investments that were not properly registered securities.

The attorneys at Gana Weinstein LLP are experienced in investigating claims concerning the unregistered sale of investments and selling away claims. Our consultations are free of charge and the firm is only compensated if you recover.