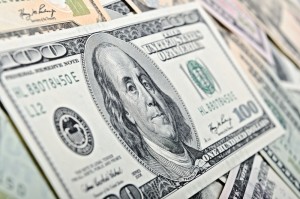 According to the Wall Street Journal, The Securities and Exchange Commission (SEC) is preparing an enforcement action against brokerage firm Merrill Lynch over an investment that collapsed losing investors as much as 95% of their initial investment.  According to the financial advisors at the firm, the advertising and marketing for the product was called “borderline crooked.”

The SEC action involves a product called Strategic Return Notes that Merrill began selling in 2010 and raised about $150 million for.  Market-Linked Notes to generate are structured product investments that create returns through the use of embedded derivatives designed to track the performance of a security, index, commodity or currency.  Brokerage firms like Merrill Lynch have perverse incentives to market these proprietary products over safer and cheaper alternative investments.  Structured Products like Market-Linked Notes often have substantial fees and/or commissions paid to affiliated companies for banking, underwriting, asset management, and ultimately broker commission.

The Strategic Return Notes in question are linked to a Merrill Lynch index tracking the volatility of the S&P 500 stock index.  According to the Wall Street Journal, the five-year notes lost value rapidly as market volatility fell and the cost of buying the options that allow the note to track the index rose sharply.  Because of the substantial costs of the options, volatility based investments tend to lose money over the long term no matter what the performance of the underlining index is.  According to the article, roll costs for the options averaged an astounding 12% of the principal per quarter in the first half of 2011, before falling to less than 4% per quarter in the second half of the year.  However, clients and brokers alike claim they were never told the costs could grow so large.

In fact, two advisors who felt misled about the product recorded the calls in August 2011, moved to UBS in July 2012, and then submitted a whistleblower complaint to the SEC the following September alleging that the notes are defective products.

Recently, the $10 notes matured in November and had a redemption value from Merrill Lynch of only 50 cents.