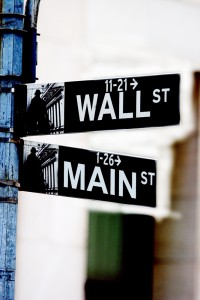 In a recent Wall Street Journal Article, it was reported that UBS Group AG sold $1.5 billion of contingent convertible (CoCo) bonds.  According to the article, UBS received about $8 billion of orders for the sale.  These bonds will pay an interest rate of 6.875% and last summer UBS sold $1.6 billion of CoCos at the same rate.  The UBS deal was the first CoCo sale since mid-January due to price drops in February due to worries that Deutsche Bank AG might have missed an interest payment on one of its CoCo bonds.

What exactly are CoCo’s and why should investors be concerned.  CoCos have been a growing type of debt issued by mostly European issuers.  European lenders have sold around 100 billion in CoCos since 2012.

CoCos bear many of the same traits as hybrid preferred securities that were popular right up to the financial crisis.  Like hybrid preferred stock, CoCo’s act as hybrid debt/equity investments.  When times are good they behave like debt providing no growth to investors and only interest payments.  When times get rough these investments behave like equity because investors are unlikely to see returns in the event of bankruptcy.  As a result these investments tend to crash in lock step with a company’s equity.

CoCos are one way that some banks are issuing investments in order to acquire extra capital.  Because of their hybrid structure CoCos can be counted toward a bank’s capital requirements mandated by regulators without raising share capital.  From a bank’s standpoint CoCos are attractive because the cost of capital on the firm’s balance sheet is lower than it is for a share capital increase.  CoCo bonds also have a capital trigger where if the trigger is reached, the CoCo is automatically converted into equity or the nominal value is written off.  The trigger on CoCos can also be activated by a regulatory authority if the bank’s existence threatened.

In the case of Deutsche Bank, the bank said it had enough funds to make that bond payment and launched a broader debt buyback to alleviate investors’ concerns.  While investors dodged the bullet this time under relatively tame and normally operating markets it is unlikely that these bonds would perform well under stress conditions.