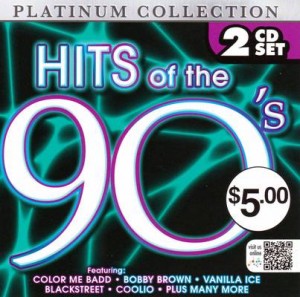 Music lovers looking to reminisce while enjoying classic hits from the 80’s and 90’s may not be getting what they paid for.  Producers have created and marketed a compilation of some of those classic tunes, which include songs such as “Only In My Dreams” by Debbie Gibson, “Jenny/867-5309” by Tommy Tutone, “Hold On” by Wilson Phillips, and “Ice Ice Baby” by Vanilla Ice. Unfortunately, the packaging and marketing of these discs never alerted consumers to the fact that they were not purchasing the original recordings.

On March 20, 2014, Gana Weinstein LLP filed a class action suit, on behalf of Celeste Farrell and other individuals who purchased the music albums: “Hits of the 80’s: Platinum Collection” 2-CD set and/or “Hits of the 90’s: Platinum Collection” 2-CD set. The Complaint alleges that Tutm Entertainment (also known as Drew’s Entertainment) misled consumers by failing to indicate that these albums were comprised of inferior quality re-recorded songs. The Complaint further avers that Tutm Entertainment allowed consumers to believe that they were purchasing a compilation of original recordings, and thus distorted their ability to make an informed purchase decision.

The story has gained significant traction, as it was picked up by various news outlets only two days after the Complaint was filed with the United States District Court, District of New Jersey. As reported by Hollywoodreporter.com, re-recording is considered to be an open secret within the music industry, with musicians often having legitimate, albeit self-serving, reasons for re-recording their original hits. The site explains that artists are often required to work around contractual obligations and copyright termination to generate additional revenue from some of their classic hits. Musicians rights to re-record, however, do not absolve Tutm Entertainment and other music producers and sellers of music of their obligation to be completely forthcoming with consumers. The New Jersey Consumer Fraud Act explicitly prohibits any deception, misrepresentation, or knowing concealment intended to be relied on in connection with the sale or advertisement of merchandise.

The covers of both albums list only song title and artist, absent any indication of version or type of recording.  The Complaint alleges that the versions, or any other information to indicate that these are not originals, was deliberately omitted to mislead consumers and induce them to buy what they believed to be original recordings, in violation of the New Jersey Consumer Fraud Act. The Complaint also alleges that Tutm’s failure to disclose the true nature of the recordings was also a breach of its express warranty to provide a product that conformed to its label.

In an economy where consumers are often taken advantage of, it is incumbent upon others to increase awareness. Gana Weinstein LLP was pleased to see that Law360.com also reported the alleged improprieties, which will hopefully encourage shoppers to be more mindful in making future purchasing decisions.

The attorneys at Gana Weinstein LLP are always seeking to protect consumers from deception and misrepresentation. If you believe that you have been improperly induced into purchasing a consumer product, please contact us so that we can assist you in investigating your claim.