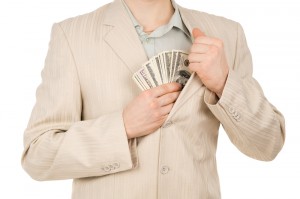 In June, news sources began reporting that the New York-based hedge fund began liquidating its funds, after the firm’s longtime associate Murray Huberfeld (Huberfeld) was accused of arranging for a $60,000 bribe and kickback, in a Salvatore Ferragamo bag, to a correctional officers’ union official.  The alleged bribe was a reward to Norman Seabrook, president of the New York City Correction Officers Benevolent Association, for directing the union’s retirement funds to investment with Platinum.  The union official allegedly directed $20 million in union investments into the Platinum Partners Value Arbitrage Fund.  In addition, Platinum and its chief investment officer, Mark Nordlicht, are also implicated in the probe.  Both Seabrook and Huberfeld pleaded not guilty to the charges.

However, it is uncertain at this time if the bribe charges are the end of the story.  Federal agents raided Platinum’s office in late June after the charges were announced for reasons reportedly separate from the bribery case.  This has caused news sources to speculate as to a potentially wider fallout including the potential that the purported $1.35 billion funds may be involved in a scheme to defraud investors.

Investors in the funds claim to have not received redemptions for over a year now.   This in turn has raised the question as to what exactly is happening to investor money and the investments? Thereafter, Platinum defaulted on a $7.5 million repayment triggering a $30 million debt owed by Platinum Partners Arbitrage Fund to New Mountain Finance Corporation.  How come a billion dollar fund cannot pay a $7.5 million debt?  Additional media rumors claim that that Platinum may be counting oil field assets as its most valuable asset when their true value is much less than what it paid for them.

In light of these allegations, it has been alleged that Platinum may be a Ponzi scheme and paying investors who have been attempting to redeem their hedge fund positions since 2015 with money gained from newly incoming investors.

Our firm is investigating brokers and advisors who sold and recommended the Platinum Funds to investors.  The investment fraud attorneys at Gana Weinstein LLP represent investors who have suffered securities losses due to the mishandling of their accounts.  Our consultations are free of charge and the firm is only compensated if you recover.