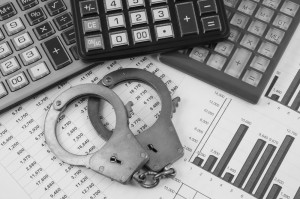 If you unfortunately trusted Mustaphalli with your investments there is still time to act.  Gana Weinstein LLP’s securities fraud attorneys represent investors who have suffered investment losses at the hands of securities professionals. Details concerning Mustaphalli’s alleged fraud continue to surface.

On June 14th, 2017, New York Attorney General Eric T. Schneiderman announced charges against Mustaphalli and entities he controlled with defrauding elderly clients out of millions of dollars.  The New York Attorney General alleged that Mustaphalli engaged in a six-year scheme to defraud clients that were elderly and near retirement by investing their money in his hedge fund and in many instances without their knowledge  Schneiderman said in a statement – “As we allege, Dean Mustaphalli squandered and looted $10 million from hardworking individuals. New Yorkers deserve to know that their investments are safe—and financial professionals who won’t play by the rules will face consequences.”

According to the complaint, since 2011, Mustaphalli invested 58 New York funds – total of more than $11 million – in his hedge fund and then lost $10 million by engaging in a risky options trading strategy that was not consistent with his clients’ investment profiles and objectives.  The complaint also alleges that Mustaphalli took an additional $100,000 from his hedge fund to pay for his own personal expenses.

The fund performed horribly losing $6.6 million or 92% in 2012 alone.  By December 2014, the fund’s historical performance was 97.6%, – practically a total loss. When clients complained about losses, Mustaphalli provided false and misleading reasons to blame such as market conditions in oil and because of the election.  Other investors were promised that the fund would stabilize.

In the FINRA complaint the Claimants alleged that in January 2011, Mustaphalli established the hedge fund that became the vehicle for his fraud – Mustaphalli Capital Partners Fund, L.P. (MCPF). By May 2011, Mustaphalli moved the hedge fund’s account to Interactive Brokers.  From 2011 through the end of 2012, Mustaphalli used client assets from Sterne Agee to raise at least $6,000,000 for MCPF.  Mustaphalli solicited investors for MCPF by describing the fund as a long-term stock and bond fund. However, Mustaphalli rarely bought stocks or bonds and instead gambled millions on speculative options bets that never paid off.

The complaint also alleges that in May 2013, FINRA began investigating Mustaphalli and MCPF’s activities.  At or around the same time the New York Attorney General’s office received a customer complaint concerning Mustaphalli’s activities and opened its own investigation.   Then in December 2014, FINRA suspended Mustaphalli for two years and imposed a fine and disgorgement for engaging in private securities transactions through MCPF.  Also in December 2014, Mustaphalli’s SEC registration as an RIA terminated.  Despite these developments Mustaphalli was able to raise another $3.5 million for MCPF by liquidating his clients’ advisory accounts and depositing the proceeds with the hedge fund.  Subsequently, Mustaphalli engaged in further risky trading that caused the loss of the second group of investors funds.