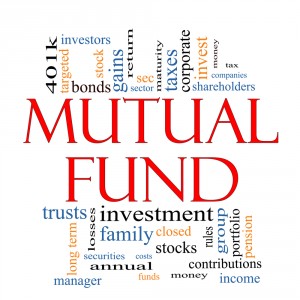 The investment attorneys of Gana Weinstein LLP are investigating potential recovery options for investors in the Franklin High Income Fund. The Fund invests in high-yield debt and securities. However, according to a Morningstar analysis the fund declined 9.7% through November 2015, making it one of the worst performers in the high-yield bond fund Morningstar tracks.

An analysis of the Franklin Fund’s woes reveals that there may be more investor pain in the future for the fund. The fund is struggling due to the 2015 sell-off in commodities and energy sectors. The Fund has taken an outsized position in this industry and these assets make up 22% of total portfolio as of October 2015. According to Morningstar, the Franklin Fund’s investment team is not afraid to make big bets in troubled names and may continue to add to its positions. If the bonds bounce back, returns are boosted. But this strategy is not suitable for most investors and can pressure the performance of the fund. In addition, these risks are heightened due to the lack of liquidity for many energy related high yield bonds. Once a position is established it may be difficult for the Fund to back out later.

In addition, the portfolio may appear less risky to investors when looking at the credit quality of its holdings but as was the case in the lead up to the 2008 financial crisis, the ratings are misleading. For example, the Franklin Fund held a 17.2% position in bonds rated CCC or lower and under 1% in unrated bonds. However, according to Morningstar, only 15% of the energy sector holdings are rated CCC or below even though the majority of energy bonds are trading at distressed level pricing and reflecting greater credit risk. Thus, a larger portion of the fund is trading at very distressed levels then would appear by just looking at the credit ratings alone.

The Franklin Fund’s woes follows several others in the high yield space that our firm is tracking including the Third Avenue Focused Credit Fund, Stone Lion Capital Partners, and Claren Road Asset Management LLC. The recent closures are nearly unprecedented in the hedge-fund industry since the end of the financial crisis and shows the difficulty facing traders looking to sell risky and hard to value positions.