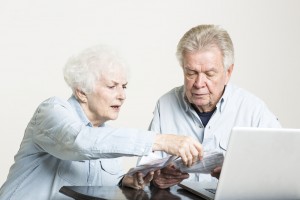 According to news sources, A pair of elderly customers of LPL Financial are suing the firm and Anderson.
The customers, each of whom are over 65, claim to have suffered a combined $630,000 loss in retirement accounts that were originally valued at $3.5 million.

When brokers engage in excessive trading, sometimes referred to as churning, the broker will typical trade in and out of securities, sometimes even the same stock, many times over a short period of time. Often times the account will completely “turnover” every month with different securities. This type of investment trading activity in the client’s account serves no reasonable purpose for the investor and is engaged in only to profit the broker through the generation of commissions created by the trades.

Churning is considered a species of securities fraud. The elements of the claim are excessive transactions of securities, broker control over the account, and intent to defraud the investor by obtaining unlawful commissions. A similar claim, excessive trading, under FINRA’s suitability rule involves just the first two elements. Certain commonly used measures and ratios used to determine churning help evaluate a churning claim. These ratios look at how frequently the account is turned over plus whether or not the expenses incurred in the account made it unreasonable that the investor could reasonably profit from the activity.

In addition, the number of disclosures with respect to Anderson is high relative to his peers. According to news sources, only about 7.3% of financial advisors have any type of disclosure event on their records among brokers employed from 2005 to 2015. Brokers must publicly disclose reportable events on their CRD customer complaints, IRS tax liens, judgments, investigations, and even criminal matters. However, studies have found that there are fraud hotspots such as certain parts of California, New York or Florida, where the rates of disclosure can reach 18% or higher. Moreover, according to the New York Times, BrokerCheck may be becoming increasing inaccurate and understate broker misconduct as studies have shown that 96.9% of broker requests to clean their records of complaints are granted.