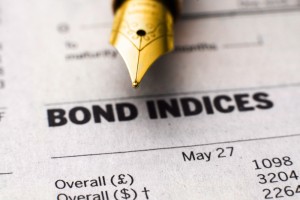 According to BrokerCheck records financial advisor Zachary Feinsilver (Feinsilver), employed by FMSBonds, Inc. (FMSBonds), has been subject to three customer complaints.  According to records kept by The Financial Industry Regulatory Authority (FINRA) Feinsilver has been accused by a customers of unsuitable investment advice concerning recommendations to invest in Puerto Rico bonds.   Puerto Rico has been devastated by a $70 billion debt it cannot pay in addition to extensive hurricane damage.  However, according to news reports, the process to resolve Puerto Rico’s debts could take years.  In fact, it has taken more than two years of debate with Puerto Rico’s government, creditors, and federal lawmakers just to get to this point.

In February 2018 a client complained that certain aspects of bonds were misrepresented by Feinsilver.  The complaint was closed.

In December 2017 another customer complained that Feinsilver made unsuitable investments in Puerto Rico bonds claiming $100,000 in damages.  The claim was settled for $50,000.

According to some source Puerto Rico bond investors recovery ranges could be as low as 10 to 20 cents on the dollar when the island emerges.  Why so little?  How much can $70 to $100 billion be worth when there are only 1.4 million workers in Puerto Rico and a 45% poverty rate?  In fact, workers are leaving the island in record numbers that will soon be made worse by Hurricane Maria.  84,000 people moved from Puerto Rico to the United States in 2014 resulting in 1.8% of the whole island leaving.

Mostly retail investors will be the victims of the Puerto Rico debt debacle.  While news focus on hedge funds that have bought Puerto Rico bonds, only about 25 percent of Puerto Rican debt is held by hedge funds.  Compare that to the estimated 500,000 individual bondholders and hundreds of thousands more investors who purchased Puerto Rico mutual funds.

Brokers have recommended Puerto Rico bonds over the past decade as an attractive high yielding investment that is triple-tax free – meaning interest earned is free of federal, state, or local taxes.  But brokers in the financial industry have to understand more than just the yield on a bond and its tax benefits.  Brokers must make recommendations that are suitable for their client.  The suitable analysis has certain requirements that must be met before the recommendation is made.  First, there must be reasonable basis for the recommendation for the investment based upon the broker’s and the firm’s investigation and due diligence.  Common due diligence looks into the investment’s properties including its benefits, risks, tax consequences, the issuer, the likelihood of success or failure of the investment, and other relevant factors.  Second, if there is a reasonable basis to recommend the product to investors the broker then must match the investment as being appropriate for the customer’s specific investment needs and objectives.

Feinsilver entered the securities industry in 2005.  Since 2005 Feinsilver has been associated with FMS Bonds out of the firm’s North Miami Beach, Florida office location.

Gana Weinstein LLP’s securities attorneys represent investors who have suffered securities losses due to the mishandling of their accounts and recommendations to purchase Puerto Rico bonds.  The majority of these claims may be brought in securities arbitration before FINRA.  Our consultations are free of charge and the firm is only compensated if you recover.