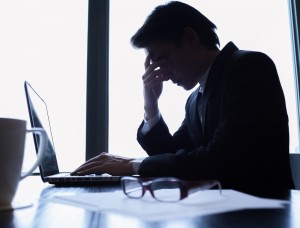 The investment lawyers of Gana Weinstein LLP are investigating the regulatory action brought by the Financial Industry Regulatory Authority (FINRA) against Charles Lundell (Lundell).   According to BrokerCheck records, Lundell was suspended by FINRA in November 2017 for executing unauthorized trades in customers’ non-discretionary accounts. In addition, Lundell has been subject to two customer disputes, a regulatory action sanctioned by the New York Stock Exchange (NYSE), and two discharges from member firms.

In November 2017, FINRA found that Lundell violated the NASD Conduct Rule 2510(b) and FINRA Rule 2010 by executing unauthorized transactions in five of his customers’ non-discretionary accounts. From January to February 2017, Lundell exercised discretion of $252,912 of four equity securities in his customers’ accounts and sold $65,788 of one of the equity securities without customer or firm approval. FINRA fined Lundell $5,000 and suspended him for 30 days.

In addition, in March 2017, Lundell was discharged from First Allied Securities, Inc. for violating the firm policy regarding the execution of unauthorized transactions without the firm’s required approval.

Lundell has also been subject to multiple customer complaints. In October 2017, a customer alleged that Lundell had breached contract, committed negligence, and breached fiduciary duty which resulted in an alleged $100,000 in losses to the customer. The case was settled at $90,513.

Unauthorized trading occurs when a broker sells securities without the prior consent from the investor. All brokers, who do not have discretionary authority to trade an account, are under an obligation to first discuss trades with the investor before executing them under NYSE Rule 408(a) and FINRA Rules 2510(b). Under the NASD Conduct Rule 2510(b), a broker is prohibited from trading in a non-discretionary customer account without prior written authorization from the customer.  Unauthorized trading is a type of investment fraud because the Securities Exchange Commission (SEC) has found that disclosures of trades being made are essential and material to an investor. Unauthorized trading is often a gateway violation to other securities violations including churning, unsuitable investments, and excessive use of margin.

The number of complaints and regulatory actions on Lundell’s record are unusual compared to his peers.  According to newsources, only about 7.3% of financial advisors have any type of disclosure event on their records among brokers employed from 2005 to 2015. However, studies have found that in certain parts of California, New York or Florida,  the rates of disclosure go up to as high as 18%.  Brokers must publicly disclose reportable events on their CRD customer complaints, IRS tax liens, judgments, investigations, and even criminal matters.

Investors who have suffered losses may be able recover their losses through securities arbitration.  The attorneys at Gana Weinstein LLP are experienced in representing investors in cases of  brokerage firms failure to supervise their representatives.  Our consultations are free of charge and the firm is only compensated if you recover