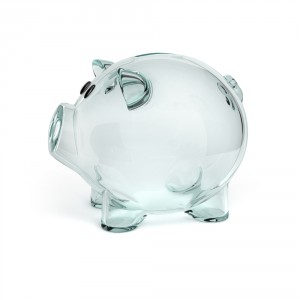 According to the BrokerCheck records kept by Financial Industry Regulatory Authority (FINRA) broker Lucian Hodgman (Hodgman) has been the subject of at least 4 customer complaints, 4 regulatory action, and three employment terminations. Customers have filed complaints against Fladell alleging securities law violations including churning and excessive trading, unsuitable investments, and unauthorized trades among other claims.

Nearly all of the regulatory actions and brokerage firm terminations revolve around allegations of dishonest conduct. For instance in 2001, UBS Financial Services Inc. (UBS) discharged Hodgman stating that he mpurchased a mutual fund in a client’s account without the client’s authority. In April 2002, the NASD alleged that Hodgman effected transactions in a customer’s account without the customer’s knowledge. In 2013, brokerage firm Moors & Cabot, Inc terminated Hodgman stating that the broker failed to cooperate with the firm’s investigation of marketing materials that were sent out to customers without the firm’s knowledge or approval. Thereafter, in December 2013, the Maine Office of Securities alleged that Hodgman made false statements in a record filed with the office in connection with his application to apply to the brokerage firm, Investors Capital Corp. In March 2014, Investors Capital Corp. discharged Hodgman stating that the firm determined that Hodgman was not truthful to the Maine Office of Securities. Thereafter, the state of Massachuestts initiated an action against Hodgman concerning his advertising in the state.

With this history in mind in June 2015, FINRA suspended Hodgman for 18 months alleging that between May and July 2013, Hodgman caused approximately 40,000 copies of advertisement postcards to be sent out through a third-party marketing company without approval of Moors & Cabot. According to FINRA, the postcards contained information about investing in fixed annuities that violated industry standards by failing to provide a sound basis for evaluating an investment in fixed annuities. In addition, FINRA alleged that in July and August 2013, Hodgman falsely represented to his firm that the marketing company had mailed the postcards prematurely and without Hodgman’s knowledge or authorization. To bolster this story, FINRA claims that Hodgman made a telephone call to a Moors & Cabot compliance officer impersonating a representative of the marketing company.

The number of customer complaints against Hodgman is high relative to his peers. According to InvestmentNews, only about 12% of financial advisors have any type of disclosure event on their records. Brokers must publicly disclose certain types of reportable events on their CRD including but not limited to customer complaints. In addition to disclosing client disputes brokers must divulge IRS tax liens, judgments, and criminal matters. However, FINRA’s records are not always complete according to a Wall Street Journal story that checked with 26 state regulators and found that at least 38,400 brokers had regulatory or financial red flags such as a personal bankruptcy that showed up in state records but not on BrokerCheck. More disturbing is the fact that 19,000 out of those 38,400 brokers had spotless BrokerCheck records.

Gana Weinstein LLP represents investors who have suffered investment losses due to broker wrongdoing, such as unsuitable investments. The majority of these claims may be brought in securities arbitration before FINRA. Our consultations are free of charge and the firm is only compensated if you recover.