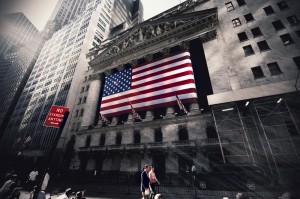 Many securities arbitration attorneys would agree that discovery abuse in FINRA arbitration is a problem under certain circumstances. A client has a seemingly great and compelling case.  Then the brokerage firm produces its “discovery” but something doesn’t seem right. Documents recording decisions on key dates are missing, there are unexpected gaps in the email record, and in the worst cases your client has produced documents that the firm should have a copy of but for some reason does not. How often discovery abuse happens in FINRA arbitration is unknowable.

So how does an investor ultimately get awarded discovery abuse sanctions if a brokerage firm fails to produce documents? First, the client must move to compel the documents and win the motion over the brokerage firm’s objections. Second, the firm must refuse to comply with the order. Usually the firm will interpret the scope of the order as not encompassing the discovery that was actually ordered or will otherwise declaw the order through claims of “privilege” or “confidentiality.” This leads to a second motion to compel and request for sanctions. Again the investor will have to argue the relevance of the initial request as if the panel never ruled that these documents had been ordered to be produced and the brokerage firm gets a second bite of the apple to throw out the discovery.

If the investor prevails for a second time usually the panel will not apply sanctions and simply give the brokerage firm more time to comply with the order. By now the investor usually has to delay the scheduled hearing. This is also part of the brokerage firm’s analysis because brokerage firms love nothing more than to make its own former clients weigh the pros and cons of whether or not the documents are important enough to engage in a six month to one year fight over and never get to hearing.

Finally, the third motion is filed and this one is filed by the brokerage firm. This motion is the “emergency motion” for reconsideration of the order. After the panel has ruled twice to produce the documents and the firm has refused to comply for about six months, the brokerage industry again wants to argue why these documents should not be produced. In at least half of cases this “wear the panel down” strategy works. Eventually, given enough time, the brokerage industry searches and finds some argument showing how it’s impossible, too costly, or not relevant and cannot possibly comply the with the requests.

Even if the client manages to dodge all of these hurdles and the brokerage firm fails to produce the documents any discovery sanctions are relatively light to practically non-existent. At most an investor, after going through multiple motion rounds, will be rewarded a few thousand dollars here and there. The industry also knows that in 80% of cases there is settlement before hearing so failing to produce documents will rarely be mentioned in a panel order. Once again because the cost to the firm’s case in providing necessary documents is high and the cost of failure for withholding documents is low there is virtually no incentive to cooperate in discovery.

But what happens in the rare case where an investor does not settle their case and continues to push for documents that would reveal the brokerage firm’s cover up? Enter a FINRA panel decision issued in October 2014, sanctioning Ameriprise Financial Services, Inc. and its broker for altering documents and refusing to produce documents until the eve of hearing.