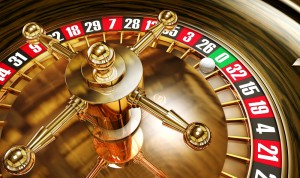 According to the BrokerCheck records kept by Financial Industry Regulatory Authority (FINRA) broker Craig Taddonio (Taddonio) has been the subject of at least three customer complaints, three judgements or liens, and one regulatory investigation. The Customer complaints against Taddonio alleges securities law violations that claim churning and excessive trading, unsuitable investments, securities fraud, and excessive commissions among other claims. The most recent complaint filed in April 2015, alleges losses of $900,000. In addition, in May 2015, a customer was awarded $338,454 in an arbitration claim including Taddonio where the panel assessed $107,944, $9,871, and $220,639 in compensatory damages against Taddonio and others jointly and severally and also a finding of punitive damages against Taddonio and others jointly and severally under New York law.

Finally, the brokercheck record also states that on September 29, 2015, FINRA initiated an investigation into Taddonio conduct. The investigation relates to false statements and testimony, violations of FINRA’s supervisory rules and churning.

The number of customer complaints against Taddonio is high relative to his peers. According to InvestmentNews, only about 12% of financial advisors have any type of disclosure event on their records. Brokers must publicly disclose certain types of reportable events on their CRD including but not limited to customer complaints. In addition to disclosing client disputes brokers must divulge IRS tax liens, judgments, and criminal matters. However, FINRA’s records are not always complete according to a Wall Street Journal story that checked with 26 state regulators and found that at least 38,400 brokers had regulatory or financial red flags such as a personal bankruptcy that showed up in state records but not on BrokerCheck. More disturbing is the fact that 19,000 out of those 38,400 brokers had spotless BrokerCheck records.