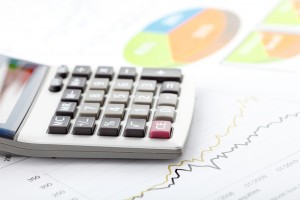 The investment lawyers of Gana Weinstein LLP are investigating allegations made by The Financial Industry Regulatory Authority (FINRA) against former First Allied broker John Kai (Kai), working out of Hilo, Hawaii. According to Kai’s file on FINRA’s BrokerCheck, he was suspended in June 2017 for failing “to respond to FINRA requests for information” and was barred from the securities industry on September 12, 2017.

Kai entered the industry in 1991 and worked for Merrill Lynch, Pierce, Fenner & Smith Incorporated until 1995. He then moved to Painewebber Incorporated from 1995 until 1999. From 1999 until 2006, he was with Linsco/Private Ledger Corp. From 2006 until 2010, Kai was with Commonwealth Financial Network. And finally, he was with First Allied Securities, Inc. from 2010 until 2017 when he was terminated.

First Allied terminated John Kai in April for violating “numerous firm policies including communication with the public, undisclosed private securities transactions and outside business activity, borrowing funds from a client, and exercising discretion in clients’ brokerage accounts without the firm’s approval.”

According to InvestmentNews, Kai has had a series of snafus involving social media. He “was permitted to resign” from Commonwealth in 2010 because his “usage of social media was in violation of firm policy designed to ensure firm compliance” with securities industry rules relating to advertising and communications to the public.

In 2010, while Kai was still with Commonwealth, a customer complained that Kai made unsuitably risky investments with the investor’s funds and sought $37,000 in damages. The complaint was settled for $20,000.

First, the Securities Exchange Act of 1934 (15 U.S.C. § 78a et seq.) and Rule 10b-5 protect investors against deceptive and manipulative acts in the purchase or sale of securities. This sweeping legislation is the cornerstone of federal securities laws. Rule 10b-5 makes it unlawful to employ a device or scheme to defraud, to make any untrue statement of material fact or omit to state a material fact not misleading, or to engage in any practice that would operate as a fraud.

Second, the vast majority of states have passed “blue sky” laws that regulate the securities industry in each state and protect investors. Even if a state has not enacted specific securities laws, an investor can still pursue a claim under theories of common law fraud.

Third, investors can pursue claims against a broker or a brokerage firm under the rules of the Financial Industry Regulatory Authority (FINRA), including its anti-fraud provisions. The FINRA rules have several provisions pertaining to fraud including IM-2310-2 (covering churning, false accounts, unauthorized trading, and misuse of customer funds) and Rule 2210 (covering communications with the public).

The dedicated attorneys at Gana Weinstein LLP represent investors who have suffered losses due to securities fraud. The majority of these claims may be brought in securities arbitration before FINRA. Our consultations are free of charge and the firm is only compensated if you recover.