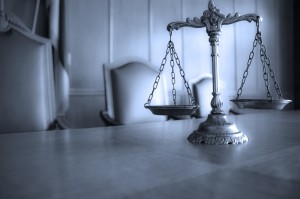 The investment lawyers of Gana Weinstein LLP are investigating regulatory action brought by the Financial Industry Regulatory Authority (FINRA) against Christopher Stephen Jorgensen (Jorgensen). Jorgensen allegedly refused to appear for on-the-record testimony requested by FINRA resulting in a ban from the securities industry.

In April 2017, Jorgensen was terminated from his position at Summit Brokerage Services after “the firm received a verbal complaint from a customer who alleged that [he] instructed her not to respond to a FINRA inquiry.”

In 2012, he was terminated from his position at Raymond James Financial Services “due to client complaint and settlement relating to unauthorized discretion.”

In 2011, a customer alleged Jorgensen executed excessive trades, charged excessive commissions, and recommended investments that performed poorly. The complaint settled for more than $25,400.

In 2003 a customer alleged Christopher Jorgensen recommended unsuitable products. The complaint settled for $37,000.

Brokerage firms owe a duty to all of its customers to properly monitor and supervise its employees. The duty to supervise is a critical component of the securities regulatory scheme. Regulatory authorities such as the SEC and FINRA have steadily heightened the supervisory obligations of brokerage firms in recent years. Supervisors have an obligation to respond vigorously to indications of irregularity, often times referred to as “red flags.” A supervisor cannot disregard red flags and must act decisively and specifically to prevent improper conduct by their brokers. The importance of proper supervision is manifested in various types of securities activities. Brokerage firms are responsible for monitoring a broker’s investment recommendations to clients, outside business activities, and representations to investors among other obligations. In addition, brokerage firms are responsible for conducting due diligence on the securities products they sell and devising a written supervisory system to achieve compliance with the securities laws.