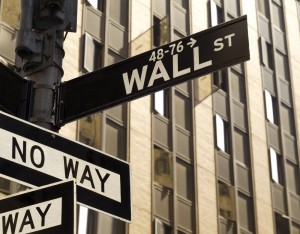 The Financial Industry Regulatory Authority (FINRA) entered into an agreement whereby the regulatory fined National Securities Corporation (NSC) while alleging that in 2013, NSC acted as the exclusive placement agent for two private placements of its parent company, National Holdings Corporation (National Holdings). The FINRA rules require that offerings of unregistered securities issued by a control entity of a member firm disclose to investors the selling compensation to be paid to the member in connection with the offering. FINRA found that while NSC generally disclosed to investors that it would receive compensation in connection with the sale of both private placements the firm failed to disclose in writing to investors the amount of selling compensation it would receive.

NSC has been registered with FINRA as a since 1947 and engages in a number of businesses, including retail brokerage, investment banking, and investment advisory. NSC has 760 registered representatives in 140 branch offices. Our law offices have been tracking a number of regulatory and customer complaints involving NSC and its brokers including:

FINRA alleged that while soliciting potential investors for the two offerings NSC provided them with a document entitled Registration Rights Agreement, the Securities Purchase Agreement (SPA), the non-disclosure agreement, and a PowerPoint slide deck. FINRA found that tone of these documents disclosed the selling compensation NSC received for its role in selling the private placement.

NSC sales efforts raised $8,835,477 for the offering that concluded in January 2013 and an additional $3,175,000 for the offering that concluded in August 2013. FINRA found that NSC received selling compensation of $212,291 and 100,090 restricted shares of National Holdings for the January offering and $158,750 for the August offering. FINRA determined that this compensation was not disclosed to investors when the organization’s rules required that the firm disclose these facts.