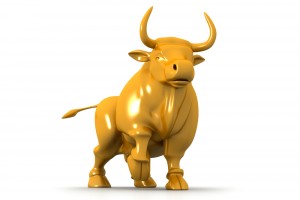 Our investment attorneys are investigating customer complaints filed with The Financial Industry Regulatory Authority (FINRA) against financial advisor John Crook (Crook) currently registered with Prospera Financial Services, Inc. (Prospera), alleging unsuitable investments, fraud, breach of fiduciary duty, negligence, churning, and unauthorized trading among other claims.  According to brokercheck records Crook has been subject to two customer complaints and one employment separation for cause.

In July 2015 Crook was discharged by Raymond James & Associates, Inc. (Raymond James) after the firm stated that it lost confidence in Crook after an internal review into a client compliant lead the firm to believe that Crook did not provide plausible explanations to the investigation.

In August 2016 a customer filed $4.8 million complaint involving Crook’s conduct and alleging violations of the securities law.  The claim is still pending.

Brokers in the financial industry have the fundamental responsibility to treat investors fairly.  This obligation includes making only suitable investments for their client.  The suitable analysis has certain requirements that must be met before the recommendation is made.  First, there must be reasonable basis for the recommendation for the investment based upon the broker’s and the firm’s investigation and due diligence.  Common due diligence looks into the investment’s properties including its benefits, risks, tax consequences, the issuer, the likelihood of success or failure of the investment, and other relevant factors.  Second, if there is a reasonable basis to recommend the product to investors the broker then must match the investment as being appropriate for the customer’s specific investment needs and objectives.  These factors include the client’s age, investment experience, retirement status, long or short term goals, tax status, or any other relevant factor.

The number of events listed on Crook brokercheck is high relative to his peers.  According to InvestmentNews, only about 12% of financial advisors have any type of disclosure event on their records.  Brokers must publicly disclose certain types of reportable events on their CRD including but not limited to customer complaints.  In addition to disclosing client disputes brokers must divulge IRS tax liens, judgments, and criminal matters.  However, FINRA’s records are not always complete according to a Wall Street Journal story that checked with 26 state regulators and found that at least 38,400 brokers had regulatory or financial red flags such as a personal bankruptcy that showed up in state records but not on BrokerCheck.  More disturbing is the fact that 19,000 out of those 38,400 brokers had spotless BrokerCheck records.