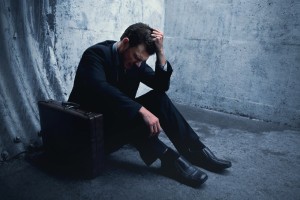 According to the BrokerCheck records kept by Financial Industry Regulatory Authority (FINRA) broker Michael Capolongo (Capolongo) has been the subject of at least two customer complaints and one criminal matter over the course of his career. Customers have filed complaints against Capolongo alleging securities law violations including that the broker made unsuitable investments and churning among other claims.

An examination of Capolongo’s employment history reveals that Capolongo moves from troubled firm to troubled firm. The pattern of brokers moving in this way is sometimes called “cockroaching” within the industry. See More Than 5,000 Stockbrokers From Expelled Firms Still Selling Securities, The Wall Street Journal, (Oct. 4, 2013). In Capolongo’s six year career he has worked at eight different firms returning to one firm on three separate occasions. Many of the firms have been expelled by FINRA including John Thomas Financial which was run by Anastasios “Tommy” Belesis who recently agreed to be banned from the securities industry when the SEC accused him of defrauding investors in two hedge funds. In addition, John Thomas faced allegations of penny-stock fraud by FINRA after the firm reaped more than $100 million in commissions over its six-year history before it closed in July. According to new sources trainees at the firm earned as little as $300 a week to pitch stocks with memorized scripts.

The number of complaints and regulatory actions against Capolongo is relatively large by industry standards. According to InvestmentNews, only about 12% of financial advisors have any type of disclosure event on their records. Brokers must publicly disclose certain types of reportable events on their CRD including but not limited to customer complaints. In addition to disclosing client disputes brokers must divulge IRS tax liens, judgments, and criminal matters.

Investors who have suffered investment losses due to churning activity may be able recover their losses through securities arbitration. The attorneys at Gana Weinstein LLP are experienced in representing investors concerning securities violations. Our consultations are free of charge and the firm is only compensated if you recover.