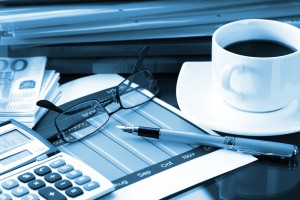 The securities lawyers of Gana Weinstein LLP are investigating customer complaints filed with The Financial Industry Regulatory Authority’s (FINRA) against broker John Boukamp (Boukamp). According to BrokerCheck records there are at least 10 customer complaints that have been filed against Boukamp. The most recent customer complaint against Boukamp filed in November 2013 alleges that Boukamp, from December 2011 until September 2013 engaged in excessive trading, sometimes referred to as churning, and made unsuitable investments. This complaint was denied. In October 2013, another customer complained and alleged unsuitable investment recommendations and unauthorized trading from June 2012 to September 2012 resulting in a loss of $522,000. The case was resolved with the customer receiving $275,000.

The number of customer complaints against Boukamp is high relative to his peers. According to InvestmentNews, only about 12% of financial advisors have any type of disclosure event on their records. Brokers must publicly disclose certain types of reportable events on their CRD including but not limited to customer complaints. In addition to disclosing client disputes brokers must divulge IRS tax liens, judgments, and criminal matters. However, FINRA’s records are not always complete according to a Wall Street Journal story that checked with 26 state regulators and found that at least 38,400 brokers had regulatory or financial red flags such as a personal bankruptcy that showed up in state records but not on BrokerCheck. More disturbing is the fact that 19,000 out of those 38,400 brokers had spotless BrokerCheck records.

Blueweiss entered the securities industry in December 1986. Since 2008 Boukamp has been associated with Merrill Lynch, Pierce, Fenner & Smith Incorporated out of the firm’s Bloomfield Hills, Mississippi office location.