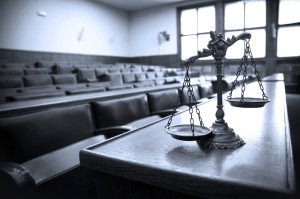 Gana Weinstein LLP’s investment fraud attorneys are looking into multiple customer disputes filed with the Financial Industry Regulatory Authority (FINRA) against broker Rodger James Burskey (Burskey) that led to a regulatory action by FINRA. According to Burskey’s FINRA BrokerCheck records, there are several disclosures on his record pertaining to unauthorized, unsuitable, and excessive trading. Burskey has dealt with an employment separation and was barred by FINRA from the securities industry. In December 2016, Burskey was barred by FINRA from having any registration capacities in the securities industry. He consented to the sanctions and findings of FINRA and refused to appear on the record regarding allegations of making unsuitable recommendations and engage in discretionary trading.

Burskey entered the securities industry in 1985 and was last employed at Voya Financial Advisors, Inc. until November 2015. He was previously registered at:

Several customer disputes were recorded regarding Burskey’s alleged misconduct during his employment at Voya Financial Advisors. In April 2017, a customer complaint was filed alleging that Burskey practiced excessive and discretionary trading from the period of September 2008 to July 2011. The dispute claimed $21,464.00 in alleged damages and was settled in May 2017 for $19,700.00.

A second customer complaint was filed in February 2016 for alleged excessive and discretionary trading on the client’s account by Burskey. This dispute was settled in May 2016 for the amount of $45,000.00 in alleged damages.

In March 2016, a third customer dispute was settled regarding the client’s allegations that Burskey was conducting unauthorized trades in the client’s account. The settlement damages were $35,000.00.

Burskey was discharged by Voya Financial Advisors in November 2015 based on allegations that he violated Voya’s policies that prohibit excessive and unauthorized discretionary trading.

“Churning” or excessive trading is essentially investment trading activity that is excessive and serves little useful purpose and is conducted solely to generate commissions for the broker. The elements to establish a churning claim are excessive purchases and sales of securities for the purpose of generating commissions; and broker control.

Unauthorized trading occurs when a broker sells, buys, or exchanges, securities without the prior consent or authority from the investor. Unless an investor has given the broker discretion to make trades in the account, the broker must first discuss all trades with the investor before executing them. NYSE Rule 408(a) and FINRA Rules 2510(b) and 2020 explicitly prohibit brokers from making discretionary trades in a customers’ non-discretionary accounts. The SEC has also found that unauthorized trading violates just and equitable principles of trade and constitutes violations of Rule 10b and 10b-5 due to its fraudulent nature. As one court summed up, no omission could be more material than the failure to inform the investor of his purchases and sales. However, it is important to note that the laws vary from state to state regarding unauthorized trading.

The investment fraud attorneys at Gana Weinstein LLP represent investors who have suffered losses due to excessive and unauthorized trades. The majority of these claims may be brought in securities arbitration before FINRA. Our consultations are free of charge and the firm is only compensated if you recover.