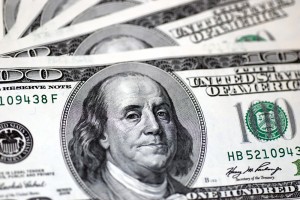 The securities lawyers of Gana Weinstein LLP are investigating customer and regulatory complaints filed against broker Jeffrey Hill (Hill). According to BrokerCheck records, Hill has been subject to three regulatory actions, eight customer complaints, and one termination for cause disclosures. The most recent customer complaint against Hill alleged that between 2003 and 2014 the customer’s account was subject to churning, unauthorized trading, unsuitability and breach of fiduciary duty.  The claim alleged damages of $1,600,000 and settled.

On November 22, 2016 Wells Fargo Advisors (Wells Fargo) terminated Hill based on activity alleged to have happened at his prior firm when the broker entered into an AWC with FINRA agreeing to a fifteen month suspension from the industry.

In FINRA’s complaint settled in November 2016, Hill consented to sanctions and findings that he initiated hundreds of trades for two elderly customers without contacting them and recommended or engaged in dozens of transactions that were qualitatively or quantitatively unsuitable or lacked a reasonable basis in corporate and municipal bonds. FINRA also found that neither of those customers explicitly permitted Hill to use discretion in their accounts.  FINRA found that Hill would recommend that one of the customers sell bonds shortly after buying them.  FINRA determined that there was no justification for the trading as neither changes in the bonds’ prices, interest that accrued, changes in the issuers’ condition, nor any other factors appeared to effect the short-term trading.

Hill entered the securities industry in 1993.  From December 2003 until June 2014, Hill was associated with Dougherty & Company LLC.  From June 2014 until December 2016 Hill was registered with Wells Fargo out of the firm’s Bemidji, Minnesota branch office location.

The number of customer complaints against Hill is high relative to his peers.  According to InvestmentNews, only about 12% of financial advisors have any type of disclosure event on their records.  Brokers must publicly disclose certain types of reportable events on their CRD including but not limited to customer complaints.  In addition to disclosing client disputes brokers must divulge IRS tax liens, judgments, and criminal matters.  However, FINRA’s records are not always complete according to a Wall Street Journal story that checked with 26 state regulators and found that at least 38,400 brokers had regulatory or financial red flags such as a personal bankruptcy that showed up in state records but not on BrokerCheck.  More disturbing is the fact that 19,000 out of those 38,400 brokers had spotless BrokerCheck records.