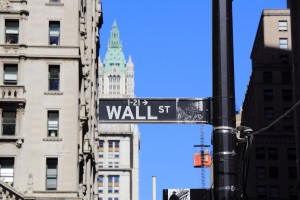 In October 2018 a customer complained that Pittman violated the securities laws by alleging that the financial advisor made unsuitable investment starting in 2008 among other allegations associated non-traded REITs and other DPPs causing $300,000 in damages. The claim is currently pending.

In August 2018 a customer complained that Pittman violated the securities laws by alleging that the financial advisor made unsuitable investment starting in 2008 among other allegations associated non-traded REITs and other DPPs causing $736,000 in damages. The claim is currently pending.

DDPs such as non-traded REITs, oil and gas offerings, equipment leasing products, and other alternative investments virtually never profit investors.  These products are almost always unsuitable for investors because of their high fee and cost structure.  Brokers sell these products are paid additional commission in order to hype these inferior quality investments providing a perverse incentives to create an artificial market for products that no honest advisor would sell.

According to studies, non-traded REITs have historically have underperformed even safe benchmarks, like U.S. treasury bonds.  Brokers selling these products must disclose to the investor that non-traded REITs provide lower investment returns than treasuries while being high risk and illiquid – but they almost never do so.  Because investors are not compensated with additional return in exchange for higher risk and illiquidity, alternative investment products are rarely, if ever, appropriate for investors.  In addition, these products often continue to deceive investors for years through their control over their own prices, returning investor capital as a false distribution from operations, high fees on their redemption programs, and control of pertinent investor information.  Investors often fail to understand that they have lost money until many years after agreeing to the investment in these products nor do they function as their advisors claim they do.

These products have become so popular among brokers without providing any benefit to investors that many states now limit investors from investing more than 10% of their liquid assets in Non-Traded REITs.  Many states impose these limitations because no rational person can come up with an argument to support the continued sale of these products while at the same time there is no regulatory in the United States with the ability to ban flawed investment products.