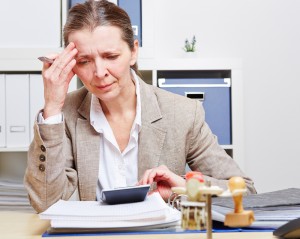 Advisor Kenneth Guerra (Guerra), currently employed by Independent Financial Group, LLC (Independent Financial) has been subject to at least two customer complaints, one financial disclosure, and one regulatory violation during the course of his career.  According to a BrokerCheck report the customer complaints concern alternative investments such as direct participation products (DPPs) like non-traded real estate investment trusts (REITs), oil & gas programs, annuities, and equipment leasing programs.  The attorneys at Gana Weinstein LLP have represented dozens of investors who suffered losses caused by these types of high risk, low reward products.

In September 2019 a customer complained that Guerra violated the securities laws by alleging that Guerra engaged in sales practice violations related investments in high-risk alternative investments, resulting in a loss of some of their retirement assets. The claim alleges $100,000 in damages and settled for $25,000.

In March 2013 a customer complained that Guerra violated the securities laws by alleging that Guerra engaged in sales practice violations related to non-traded REITs purchased in 2007 through 2008 that were misrepresented and unsuitable. The claim alleges $80,000 in damages and settled for $60,000.

Unfortunately, these types of alternative investment products continue to popular among brokers due to their high commissions.  In order to counter the perverse incentives to sell these flawed product many states now limit investors from investing more than 10% of their liquid assets in Non-Traded REITs and BDCs.  Many states impose these limitations because no rational person can come up with an argument to support the continued sale of these products.  Unfortunately for investors there is no regulatory authority in the United States with the ability to analyze investments in order to ban flawed investment products.

Guerra entered the securities industry in 1985.  Since March 2010 Guerra has been registered with Independent Financial out of the firm’s Grants Pass, Oregan office location.