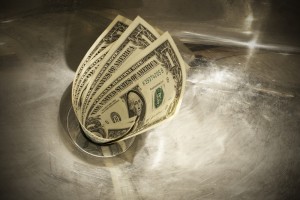 According to BrokerCheck records kept by The Financial Industry Regulatory Authority (FINRA) former advisor John Schmidt (Schmidt), formerly associated with Wells Fargo Advisors Financial Network, LLC (Wells Fargo) in Dayton, Ohio has been accused by the Securities and Exchange Commission (SEC) of misappropriating over $1.16 million from at least seven clients.

In September 2018 the SEC filed a complaint alleging that for the past 35 years Schmidt has been a registered representative in the brokerage industry.  The SEC found that from at least 2003 through 2017, Schmidt betrayed his customers’ trust by perpetrating a classic fraudulent scheme, acting without customer authorization, and repeatedly selling securities belonging to some of his brokerage customers and secretly transferring the sale proceeds to cover shortfalls in the accounts of other customers.   The SEC alleged that Schmidt misappropriated over $1.16 million from accounts belonging to seven customers and transferred that cash to at least ten other customers whose accounts were experiencing shortfalls.  In addition, the commission found that rather than tell those customers the truth about their dwindling funds, Schmidt sent them fake account statements and falsely assured the customers that their investment returns could fund their withdrawals without jeopardizing their principal. Most of Schmidt’s customers were elderly retirees with little to no financial expertise and several of Schmidt’s victims were suffering from Alzheimer’s disease or other forms of dementia.  The SEC claimed that at least five of Schmidt’s victims passed away during the course of his fraud. Further, Schmidt’s allegedly profited from the scheme and received over $230,000 in commissions from customers who were either the source of, or recipient of, misappropriated funds.

Federal securities laws and the FINRA rules require firms to monitor and supervise its employees in order to detect and prevent brokers from engaging in fraud and misappropriation schemes.  In order to properly supervise their brokers each firm is required to have procedures in order to monitor the activities of each advisor’s activities and interaction with the public.  Supervisory failures allow brokers to engage in unsupervised misconduct that can include all manner improper conduct including recommending fraudulent investments.

Schmidt entered the securities industry in 1980.  From December 2006 until November 2017 Schmidt was registered with Wells Fargo out of the firm’s Dayton, Ohio office location.