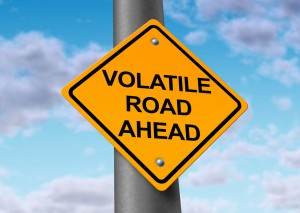 According to BrokerCheck records kept by The Financial Industry Regulatory Authority (FINRA) advisor Felipe Henao Vargas (Henao), currently employed by Insigneo Securities, LLC (Insigneo Securities), has been accused by a customer of investing in a VIX related investment.  ETFs that invest in the VIX are part of a group of group of ETFs considered to be leveraged exchanged traded funds or Non-Traditional ETFs.

However, the risks of holding Non-Traditional ETFs go beyond merely multiplying the return on the index.  Instead, Non-Traditional ETFs are generally designed to be used only for short term trading as opposed to traditional ETFs.  The use of leverage employed by these funds causes their long-term values to be dramatically different than the underlying benchmark over long periods of time.  For example, between December 1, 2008, and April 30, 2009, the Dow Jones U.S. Oil & Gas Index gained two percent while the ProShares Ultra Oil and Gas, a fund seeking to deliver twice the index’s daily return fell six percent.  In another example, the ProShares UltraShort Oil and Gas, seeks to deliver twice the inverse of the index’s daily return fell by 26 percent over the same period.

Because of these risks, The Securities Exchange Commission (SEC) has warned that most Non-Traditional ETFs reset daily and FINRA has stated that Non-Traditional ETFs are typically not suitable for most retail investors.  Consequently these funds typically have very limited uses and in many cases are completely inappropriate for retail investors who have long term objectives.  Increasingly, brokerage firms are prohibiting the solicitation of these investments to its customers due to suitability concerns.

Some of the unsuitable investments appear to be in the Vixx volatility index (VXX). Trading in the Vixx is almost always unsuitable because the costs of the index over time causes it to fail to accurately track its benchmark volatility index. Thus, holding Vixx will almost always cause investment losses. Some of the claims also allege that personal loans were made to the broker that were never paid back.

In this case, Henao’s BrokerCheck states that he placed a short trade for 20,000 a VIX ETF and subsequently placed trade to cover the short causing losses.  The claim seeks $1.3 million and is currently pending.

The investment fraud attorneys at Gana LLP represent investors who have suffered securities losses due to the mishandling of their accounts.  The majority of these claims may be brought in securities arbitration before FINRA.  Our consultations are free of charge and the firm is only compensated if you recover.