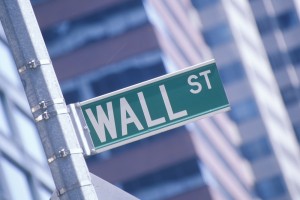 According to BrokerCheck records kept by The Financial Industry Regulatory Authority (FINRA) broker David Weisberg (Weisberg), formerly associated with Worden Capital Management LLC (Worden Capital), has been subject to at least four customer complaints and one regulatory action during his career.  Several of those complaints against Weisberg concern allegations of unauthorized trading activity and the regulatory action includes allegations of excessive trading also referred to as churning among other securities laws violations.

In April 2020 FINRA filed a regulatory action finding that Weisberg consented to sanctions and findings that he engaged in excessive and unsuitable trading in the account of an elderly customer. FINRA found that Weisberg began soliciting stock trades and some of Weisberg’s recommendations involved in-and-out trading and many of them used margin. FINRA determined that the customer relied on Weisberg’s advice and in virtually every case the customer purchased or sold exactly the quantity of shares that Weisberg suggested. FINRA found that the costs of Weisberg’s trading in the customer’s account were significant and Weisberg did not track the trading costs or take them into consideration when making recommendations. FINRA found that the trading generated commissions of approximately $75,638 while the customer lost approximately $55,627. Finally, FINRA also found that Weisberg used discretion to initiate stock trades in customers’ accounts without written authorization and his member firm who never accepted the accounts for discretionary trading.

In July 2019 a customer complained that Weisberg violated the securities laws by alleging that Weisberg engaged in sales practice violations related to negligence, unsuitability, breach of fiduciary duty, breach of contract, negligent misrepresentation and omissions. The claim is alleges $21,579 and is currently pending.

Weisberg entered the securities industry in 2009.  From November 2016 until July 2019 Weisberg was registered with Worden Capital out of the firm’s New York, New York office location.