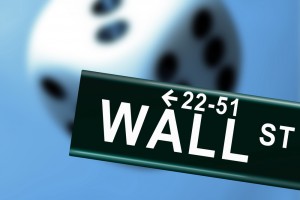 According to an InvestmentNews article, the Securities and Exchange Commission (SEC), for the first time in 32 years, is revisiting the idea of who should qualify as an accredited investor to be eligible to invest in private placements. The current accredited-investor standard limits private placement purchases to individuals who earn at least $200,000 annually or have a net worth of $1 million after excluding the primary residence. Recently, the SEC recommended considerable revisions on who should make to the definition of an accredited investor in order to broaden the potential pool and strengthen verification that they qualify.

Under the Dodd-Frank reform law, the SEC must review the accredited investor definition every four years. Under the current rules, about 8.5 million investors currently qualify. The Investor Advisory Committee (IAC) was also established by Dodd-Frank to represent retail investors to the SEC to propose rule recommendations.

The committee stated that relying on income and net worth oversimplifies the analysis of who has the wealth and liquidity to withstand the risks of private offerings. For instance, the thresholds fail to provide adequate protection for investors whose net worth is based on an accumulated retirement savings, illiquid holdings, or maybe a lump sum settlement from a lawsuit that is supposed to replace income.

It was also proposed that if the SEC maintains income and net worth standards that the agency should also limit participation in private placements to a certain percentage of an investor’s income or assets. Further, it was proposed that responsibility for verifying accredited investor status should be shifted from securities issuers to third parties including brokers, investment advisers, accountants, and attorneys.

From the article it is also clear that many see the SEC’s accredited investor revisit as an opportunity to expand the brokerage industry’s business in private placements. One IAC member voted against the recommendation saying that “We need to look more broadly and try to get away from the notion that the government’s assumptions about people’s capabilities and abilities should trump people’s individual determinations about how to invest.” David J. Paul, chief strategy officer at Propellr, an online platform for real estate investing, wants the SEC to maintain the existing income and net worth but also expand the accredited investor definition to allow in people with expertise and experience.

In part II I will discuss the possible negative repercussion for investors that may result from the proposed rule change.