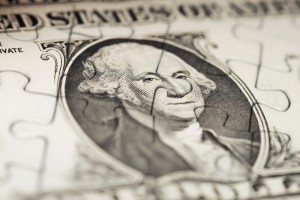 Since the beginning of 2017 broker Abraham Heimann (Heimann) has subject to three customer complaints alleging millions in damages.  Heimann left his last employer Cetera Advisors LLC (Cetera) in February 2016.  According BrokerCheck the customer complaints allege breach of fiduciary duty, unsuitable investments, negligence, and failure to diversify the portfolio, among other claims.

The most recent complaint was filed in April 2017 and alleges breach of fiduciary duty, negligence, and failure to diversify the portfolio and claims $30,000 in damages.  The claim is currently pending.  In March 2017 a customer filed a complaint alleging $2,000,000 in damages due to breach of fiduciary duty and negligence.  The complaint is currently pending.  The securities lawyers of Gana Weinstein LLP continue to investigate the customer complaint against Heimann.

The number of complaints against Heimann are unusual compared to his peers.  According to newsources, only about 7.3% of financial advisors have any type of disclosure event on their records among brokers employed from 2005 to 2015.  Brokers must publicly disclose reportable events on their CRD customer complaints, IRS tax liens, judgments, investigations, and even criminal matters.  However, studies have found that there are fraud hotspots such as certain parts of California, New York or Florida, where the rates of disclosure can reach 18% or higher.  Moreover, according to the New York Times, BrokerCheck may be becoming increasing inaccurate and understate broker misconduct as studies have shown that 96.9% of broker requests to clean their records of complaints are granted.