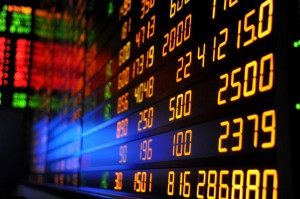 FINRA alleged that between May 15, 2012 and May 24, 2012, Johnson manipulated the market for the common stock of IceWEB, Inc. (OTCBB: IWEB) by soliciting customers to buy the stock while also soliciting other customers to sell at increasingly higher and artificially inflated prices and frequently effecting matched orders among his own customers.

As a background, IWEB manufactures and markets data storage products and cloud based software targeted for U.S. government agencies and companies. Johnson was introduced to IWEB in 2010, when his employer acted as a placement agent for IWEB. Since then, Johnson participated as a broker in IWEB private offerings and recommended IWEB to his customers in the securities market. In addition, Johnson communicated with IWEB’s CEO, and an investor relations consultant for IWEB concerning the company’s stock performance. When Johnson first began purchasing IWEB for his customers the company had significant financial problems for the past several years. IWEB had a string of annual losses from operations and by September 30, 2011, had an accumulated deficit of $34.3 million. IWEB’s cash flows from operations was insufficient to fund its business and the company relied on the issuance of equity and short-term loans to finance its operations.

FINRA alleged that Johnson engaged in a manipulative scheme to inflate the market price and trading volume of IWEB. The complaint also alleged that between February and May 2012, Johnson and Wynne, who was Johnson’s supervisor at Meyers Associates violated numerous rules by sending Meyers Associates customers third party research and sales materials concerning IWEB that were misleading, exaggerated, and unsupported and failed to disclose material information.

FINRA also alleged that between July 18, 2012, and August 31, 2012, Johnson solicited customers to purchase shares of Snap Interactive, Inc. (OTCBB: STVI) while failing to disclose that he was simultaneously selling his and his wife’s personal holdings of STVI. By failing to disclose this material conflict of interest, FINRA alleged that Johnson willfully violated the industries rules. FINRA further alleged that Johnson disclosed to his customers confidential material nonpublic information concerning a prospective offering of shares of ChromaDex Corp. stock (OTCBB: CDXC) without the requisite permission from his firm.

FINRA also claimed that Johnson, Wynne, and Mahalick, intentionally misidentified the broker of record on five account applications and over 100 order memoranda submitted to Meyers Associates in a surreptitious attempt to cover up Johnson’s violations of state registration requirements.

FINRA claimed that Meyers and Wynne failed to supervise the Firm’s Chicago Branch Office in general and Johnson in particular by failing to review electronic correspondence, failing to supervise Johnson’s IWEB and STVI trades, and by failing to supervise sales literature and research provided to clients. Finally, FINRA alleged that from at least November 17, 2011, through at least November 30, 2012, Meyers Associates failed to establish and implement AML policies and procedures reasonably to detect and report potentially suspicious activity relating to the manipulative trading of securities.