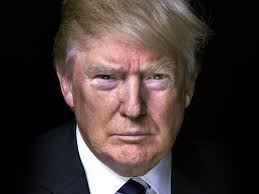 In the short term, a Donald Trump presidency might help markets. That’s right, all the cataclysmic talk of the markets immediately seizing are likely inaccurate. However, in the long term, the United States may have some serious fiscal issues. First, Donald Trump the new rule from the Department of Labor requiring brokerage firms to act in the best interests of their clients in 401(k) plans will likely be repealed.

Barbara Roper, the director of investor protection at the Consumer Federation of America says, Republicans “have made it clear that rolling back those protections will be on the agenda of a Republican administration.”

According to the Tax Policy Institute, this will raise the debt $19.5 trillion in the next 20 years. So where will the money come from? If Trump’s rhetoric is any indication, spending will continue to rise. Trump has proposed:
* A $550 billion childcare tax deduction plan
* A $50 billion paid maternity leave plan
* $450 billion in new new defense spending

According to Trump, these increased spending measures, will be partially offset by pledges to reduce spending on programs by 1% every year, a pledge that the Committee for a Responsible Budget says would save $750 billion over ten year period. Otherwise, it does not seem like spending will go down.

Third, Dodd-Frank regulations will be rolled back. In September 2016, the Financial Choice Act passed the house and could be the blueprint for a new Congress. Essentially, the bill ends the “Too Big to Fail” provisions of Dodd-Frank and causes the Consumer Financial Protection Bureau to lose all ability to punish financial firms for misconduct.

While this will be good in the short term. However, since rates are low, the fed cannot bail out America as easily as it did in 2008 if it finds itself in another catastrophic recession. With Wall Street unregulated under a Trump presidency and an ability to go back to the business as usual in the Bush era, its only a matter of time before the Great Recession looks like a sweet memory.