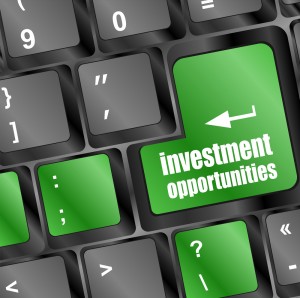 The securities lawyers of Gana Weinstein LLP are investigating customer filed with The Financial Industry Regulatory Authority’s (FINRA) against current The O.N. Equity Sales Company (O.N. Equity) broker Richard Wesselt (Wesselt). Wesselt operates his securities practice under an d/b/a entity called Wesselt Capital Group.  According to BrokerCheck records, Wesselt has been subject to seven customer complaints over the course of his career and one termination for cause. The most recent customer complaint against Wesselt occurred in August 2016 and alleged that sale of variable annuity and life insurance were unsuitable.  The claim alleged damages of $25,709 and settled.

However, the benefits of variable annuities are often outweighed by the terms of the contract that include exorbitant expenses such as surrender charges, mortality and expense charges, management fees, market-related risks, and rider costs.  Brokers often solicit these products to earn lucrative up front commissions even when the product is inappropriate for the investor.  In addition, some brokers will attempt to flip or switch annuities every couple of years which has the effect of further denying the investor of benefits while increasing commissions to the broker.

Wesselt entered the securities industry in 1992.  From 2002 until March 2014, Wesselt was associated with Sterne Agee Financial Services, Inc.  Since March 2014, Wesselt has been was registered with O.N. Equity out of the firm’s Collegeville, Pennsylvania branch office location.

The number of customer complaints against Wesselt is high relative to his peers.  According to InvestmentNews, only about 12% of financial advisors have any type of disclosure event on their records.  Brokers must publicly disclose certain types of reportable events on their CRD including but not limited to customer complaints.  In addition to disclosing client disputes brokers must divulge IRS tax liens, judgments, and criminal matters.  However, FINRA’s records are not always complete according to a Wall Street Journal story that checked with 26 state regulators and found that at least 38,400 brokers had regulatory or financial red flags such as a personal bankruptcy that showed up in state records but not on BrokerCheck.  More disturbing is the fact that 19,000 out of those 38,400 brokers had spotless BrokerCheck records.